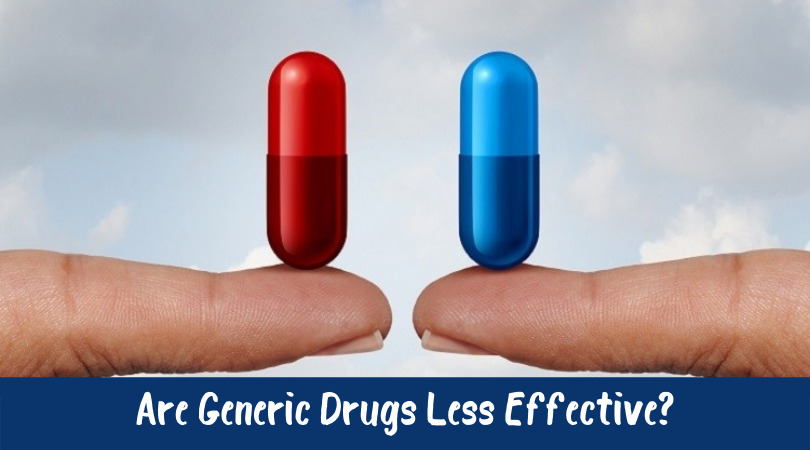 When a medical drug is just developed and approved, a pharmaceutical company sells it under its own brand name. After the protection of this product expires (for example, a patent or another version of regulatory protection, such as the exclusivity of the rights to the drug), the company no longer has the exclusive right to sell the drug. Other companies may start producing and selling a similar drug with the same active pharmaceutical ingredient. Such a new version of the drug is often referred to as a “generic”.

A generic drug has the following characteristics:

By their chemical composition, the original branded drugs and generics do not differ. As with all other drugs, the quality, safety and effectiveness of generics should be checked and ensured during appropriate control and supervisory procedures. Registered generics are controlled in the same way as brand-name drugs.

In the USA and Europe, generic drugs undergo bioequivalence research before entering the market. The FDA, the US regulatory authority, publishes this information in a special edition of the Orange Book, and anyone can get acquainted with the research results. Generics that have confirmed their bioequivalence are marked with the letter “A”, drugs that have passed tests less successfully are marked with the symbol “B”. We studied the lists of approved generics and found that most of them contain almost as much active substance as in the original (the difference does not exceed 3-4%), and bioequivalence studies are being conducted. Therefore, in the USA, replacing the original drug with a generic is most often a truly equivalent replacement and savings.

Why do generic drugs cost less?

Choosing between a generic and a brand-name when buying, many prefer a cheaper drug-a generic. The lower price of the generics is explained by the fact that the company did not spend money on its invention, safety and efficacy testing – one of the most expensive stages of drug production. After all, the creation of the active substance molecule is accompanied by unsuccessful options.

The price includes auxiliary substances. In pharmacology, their purpose is to shape, bind the main component.

If the manufacturer manages to buy raw materials cheaply, exclude or change the component without loss of properties, then it will be possible to sell the medicine at a low price. The consumer has an option: buy an original medicine or trust an analog.

Optimization of tax expenses and reduction of the cost of people’s labor helps to reduce the cost of a new drug. Often the production of generics is located in India, China, where workers’ wages are lower. But thanks to high-tech production, it is possible to maintain the high quality of the drug.

But the cost of a generic is not always lower than the original. If the manufacturer initially purchased expensive raw materials for production, increased packaging and marketing costs, then the final cost may exceed the reference drug. For example, tablets for the treatment of type 2 diabetes Glucophage is the original, and Siofor is a generic, which in the same dosage costs more than the standard.

Why generics may be less effective?

The generic drug has the active substance of the drug, and the effect on the body should be comparable to the original. But some doctors and patients claim that it may differ significantly for certain medications. Most often, attention is paid to this when buying antibiotics. According to the doctors, the copy in this case is no worse than the original.

But this is not possible for all medicines. A decrease in efficiency can be observed in cases when the manufacturer uses other excipients that differ in composition from the original. Usually these are inert components that do not have a therapeutic effect. But allergies or individual intolerance may occur to them, which will not allow the patient to use a generic.

In pharmacology, when generic auxiliary components are tested, they may not show their negative effect, all the effects of the drug will be preserved. But later, when using the drug in practice, it will have more pronounced side effects or it will not be effective enough. This may lead to an increase in the dose of the drug and an increase in the risk of undesirable actions.